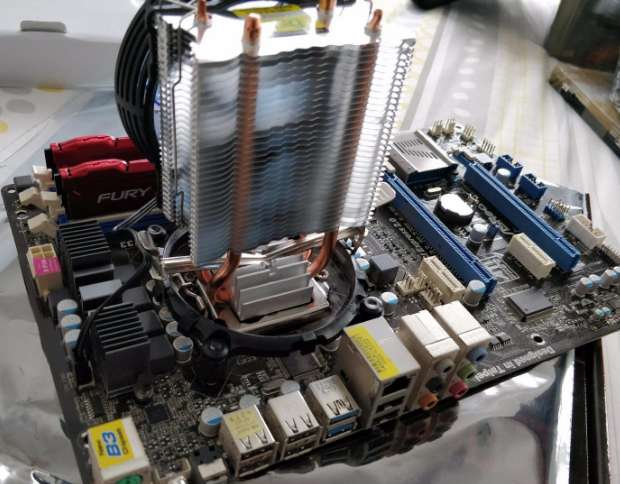 Cooler Master Hyper T20 comes with brackets for the both Intel and AMD CPUs and thermal paste too.

Cooler Master Hyper T20 has only two heat pipe, which is better than the default AMD and Intel fans and that also means that CPU cooler with just two heat pipes are just entry level CPU cooling fans this does not reduce the temperature if you run your computer for long hours during the summer.

I would suggest go with any CPU cooler that has at least 4 heat pipes that drops the temperature by more than 50% and your system run faster and does not make noise.